The History of the Waterloo County Registry Building Built 1939

with the assistance of Susan Hoffman. 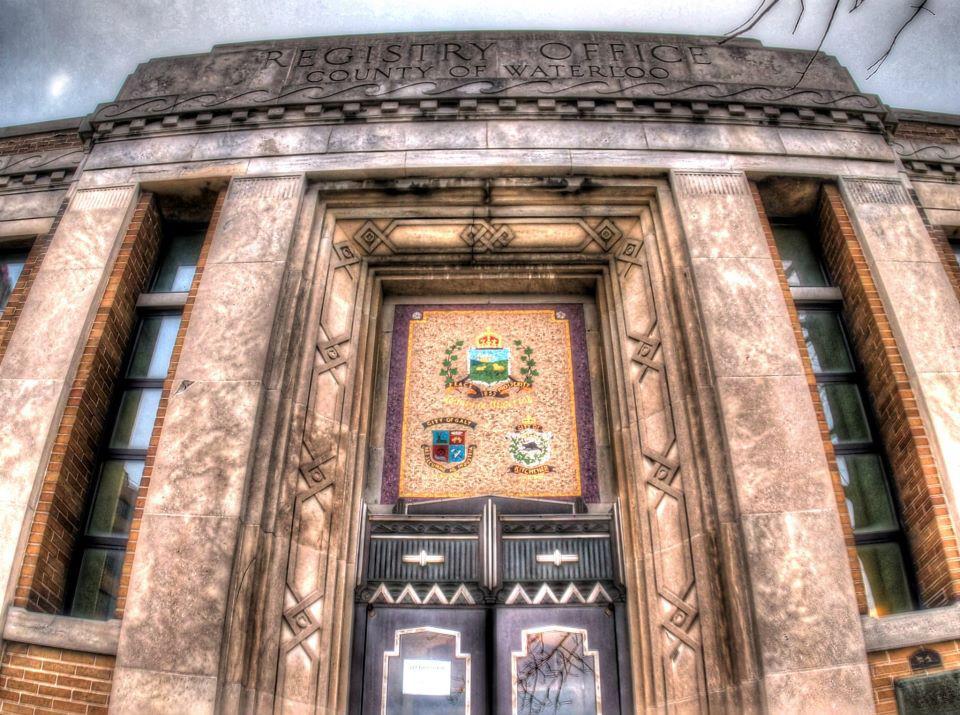 The building was constructed in 1938-39 by Dunker Construction and served as the Waterloo County Registry Office from 1939 until the summer of 1977, when the office moved to the new Provincial Courthouse at Frederick and Lancaster Streets. The building was then used by the Waterloo Regional Police (Kitchener detachment) until 1992 and was then used briefly as a storage area for the Curling Hall of Fame. In 2000, it was revitalized as The Registry Theatre and opened in January 2001.

In 1991, the City of Kitchener designated 122 Frederick Street under Part IV of the Ontario Heritage Act meaning alterations to certain architectural features must be approved by City Council. The heritage designation was made on the grounds that the property was both of historic and architectural significance and served as an important landmark within the City of Kitchener.

The Registry Theatre building was built in the Art Deco style. It is one of very few remaining Art Deco buildings in Kitchener. Art Deco is an architectural style stimulated by the Paris Exposition International des Art Décoratifs et Industrielles Modernes of 1925, and was used worldwide in the architecture of the 1930s. Some of the details that are characteristic of the Art Deco style and which are exemplified in the Registry Theatre building include: the geometric, stylized and multi-coloured motifs evocative of primitive art and ornament, as displayed in the terrazzo floor; zigzag surface forms and ornamental patterns as seen just above the front entrance doors and in the limestone architrave framing the front entrance, along the limestone belt coursing (below the cornice) around the building, and on the walls and ceilings throughout the interior; and the use of materials such as marble on the walls and steps, and nickel plated heating grates and handrails in the entrance foyer.

As an adaptive re-use project involving a designated heritage property, a great amount of planning and design work was undertaken to establish how to upgrade the building envelope for the intended new use as a theatre, while being sensitive to the building’s present and former life. The most significant elevation of the building, the front elevation facing Frederick Street, has been untouched as part of the adaptive re-use work, and careful consideration was also given toward maintaining the symmetry of the window and door openings on the building.

Dunker Construction was a very well known and respected local building company. The firm was in operation from 1887 to 1974. Some of their better known projects include: “The Dunker Building” (251 King St. W.), a five-storey building having over 100,000 square feet of space built in 1929 and demolished in 1980 to make way for King Centre in Downtown Kitchener; renovations and additions to Courtland Avenue School (in 1928); adding the “new” tower on the Waterloo Post Office (in 1957); and alterations to the Waterloo County Gaol (in 1931). 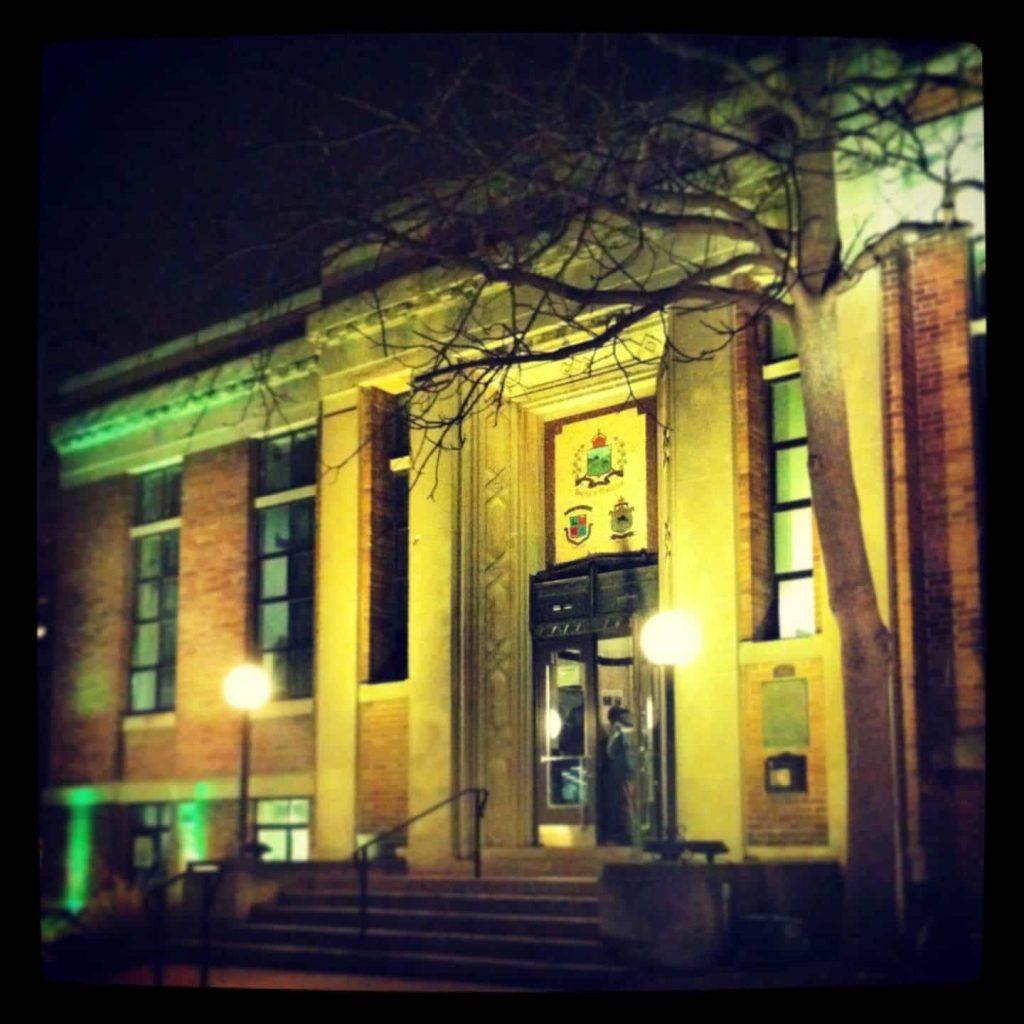 In September 2006, The Registry Theatre received a grant from the Waterloo Regional Heritage Foundation to repaint the vestibule and lobby back to the building’s original colours. Jill Armstrong, then chair of the Foundation, scraped away at the walls and ceiling to uncover the original green and straw colours that patrons now see. One interesting stipulation during the project was that the doors to the theatre auditorium were not allowed to be painted black: the paints that would have been used when the building was first constructed contained chalk, so pure black was never possible.

In September 2007, the City of Kitchener began replacing all the old windows at The Registry Theatre. The new windows passed stringent Heritage Committee requirements and had to be ordered in from New York. The new windows help lower the building’s heating and cooling costs and bring the building’s architecture back to its original glory.